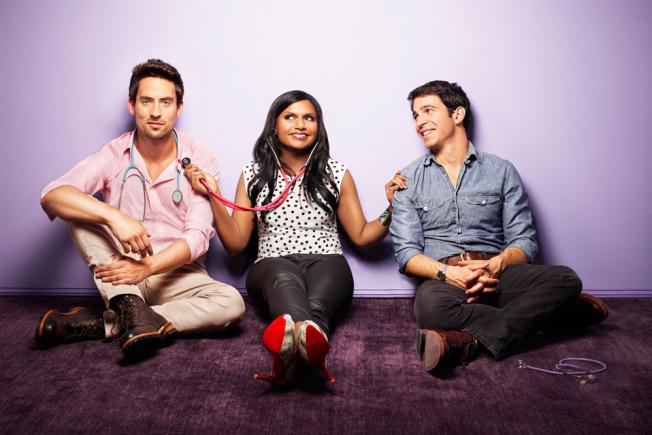 If you don’t regularly watch the U.S. version of The Office then you’re probably not overly familiar with Mindy Kaling, as I wasn’t prior to watching this pilot. The simplest way that I can think to sum her up for you folks is thusly: essentially she is a female Aziz Ansari.  Now before you start to cry racism I’m not simply saying this because of the color of her skin but because they share a rather specific comedy styling – a freaky fast delivery of off-beat observations in a highly energized, very highly pitched voice – and a love of the artist known only as M.I.A. (who coincidentally also shares a similar colored skin).

It’s essential that you know this going in because unlike most shows the star and concept of Mindy are very much the same thing. No-one ever calls the main character Mindy but as the title suggests this is very much her show and its style is very much a reflection of her personality; which as a non-fan is as much a compliment as it is a criticism. commodities

END_OF_DOCUMENT_TOKEN_TO_BE_REPLACED

Legends of the Dark Knight: Batman: The Movie

They say that everyone has story to tell, but what they really should be saying is that everyone has a Batman story to tell: be it good, bad, dark, bright, big or small. That after all is why this very series exists, to allow as many artists as possible to put theirs onto paper while the likes of Snyder sit atop the mainstream book without budging for years on end (which is the opposite of a complaint in this case). It just so happens that Batman: The Movie is my take on the caped crusader, only of course it’s not; i had nothing to do with this title, not even in the slightest, but how it begins is remarkably similar to something I threw together a year or two back, to the point that the first few scenes could easily be interchangeable.

END_OF_DOCUMENT_TOKEN_TO_BE_REPLACED

And yet another post-LOST  mythology driven drama hits the air, and yet again it fails to fulfill any of the features that made that show the success that it was, despite being produced by one of the minds behind that program J.J. Abrams. The show begins in a standard everyday, suburban setting and shows what appears to be an EMP echoing across the entire globe, destroying everything with a trace of electricity in it (including the machines that we use to make electricity). The show then flash-forwards fifteen years to show us what has become of those small suburban areas without electricity; they are reduced to communes living from their own gardens, while the cities – or at least Chicago – has become one, flora flowing over the once stark skyline.

It’s an interesting premise but one that is killed by the time jump. Eric Kripke of Supernatural‘s script skips the believable bit of the story in which people such as yourself react to this situation and the suddenly changing world and jumps right into the small budget sci-fi; schlocky costumes and all. With a director like Jon Favreau behind the camera and presumably the biggest single episode budget that the series will have one would expect that the pilot would at least look good, but on would be wrong. Strangely it’s not the cheap CGI effects that spoil the shows visual style, those are actually quite decent and subtly used besides, no, it’s the physical stuff – the costumes, the props, the choreography – that feel as if they should be on SyFy or from some Hercules spin-off.

END_OF_DOCUMENT_TOKEN_TO_BE_REPLACED

I hadn’t seen Humpday when I was over in the United States and this film started its small release in some selected cinemas ( Read: New York) so I didn’t see it though I did catch the trailer. It looked like your standard Sundance fare: a speaky, small, sorrowful and strongly indie iteration of all those romantic comedy tropes that we’ve seen before. Because of that when it made its Australian debut at MIFF I skipped that screening too; my second strike. Thankfully then a friend put in a good word for the film and gently forced me to pick up Lynn Shelton’s previous picture – the aforementioned and reviewed Humpday – so when it came time for Sister to open in regular release here ( albeit on only four screens in the state) I was there for the opening session and so glad of that fact.
END_OF_DOCUMENT_TOKEN_TO_BE_REPLACED

This book opens with a paragraph of text on a colored but otherwise blank page and on first glance I thought that it was lyrics to a rap song – real or imagined – but then a sentence struck me as being quite familiar and I realized that this was actually just a reworded iteration of the intro to Shakespeare’s Romeo and Juliet. The line between poetic pentameter and rap is a rather slight one then it seems. I’m glad that i had this realization so early on because it is this binary that drives the Prince of Cats, a Bedford Sty set modern retelling of the Bard’s seminal story from the perspective of one of its minor characters, Tybalt.

END_OF_DOCUMENT_TOKEN_TO_BE_REPLACED

Harvest hit so hard last month because I had read nothing else like it; the story it told of rogue doctors drugging and harvesting doomed individuals of their organs was utterly unique, as was the way in which it was drawn and written by Lorimer and Liberman respectively. That freshness though was never going to be there to carry this follow-up issue; not through any fault of the two creators but  just because that is how the world works, you can never go home again nor do you ever get a second first time ( unless you’re Saga). So I was a little worried, now that the characters and concept of the book were solidly set in stone would the experience of the second issue be anywhere near as impactful as the first?

END_OF_DOCUMENT_TOKEN_TO_BE_REPLACED

Barefoot in the Park 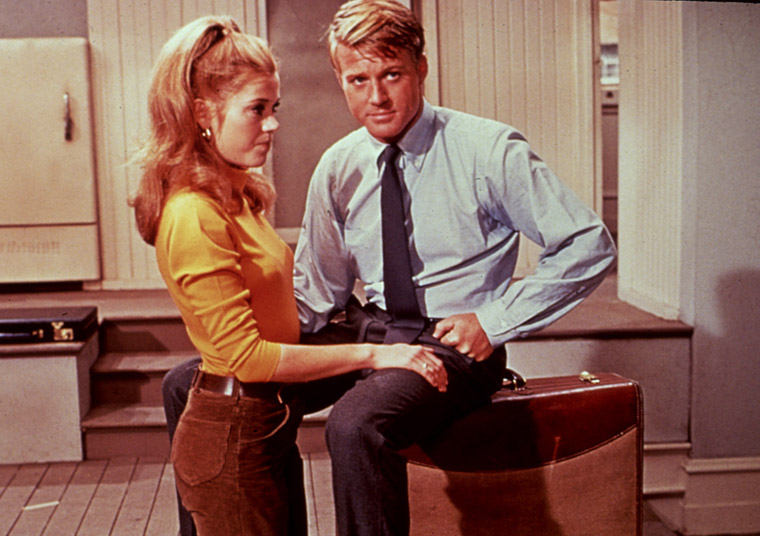 Now this is how you make a romantic comedy: take two charming actors with chemistry, give them realistic but compellingly clashing personalities and let the camera roll. No magic fortune cookies, no schlubby best friends and no forced Hollywood extravagance. The romance is real – you feel it and you care about it – and the comedy is really funny; it uses the words literally and not, as many now do, as some arbitrary concept relating to expected audience.
END_OF_DOCUMENT_TOKEN_TO_BE_REPLACED

Silk Spectre has given me the most conflicted reading experience of the Before Watchmen books thus far: on one side it has all the proper credentials, written as it is by Darwyn Cooke and drawn by the amazing Amanda Conner, but the two issues out so far have both failed completely in capturing me. Though Silk herself is the simplest and slightest of the characters given a series (until Moloch starts in November) the story that they tell about her is both the silliest and seemingly the least necessary of the lot – which is saying something. So even though Spectre is far from the worst in the series I was still disappointed when I saw that it was the title up this week, because the other titles are at least compelling failures that allow for creative criticisms whereas so far this one had just bored me. But no more…
END_OF_DOCUMENT_TOKEN_TO_BE_REPLACED

Clint Barton isn’t a big damn hero, he’s just an average guy and so it seemed so fitting that the first issue of his new series would be similarly small and self-contained, but i don’t need to go into all of that again – ‘ didn’t we cover this last time?’ Fraction quips at the end of the recap – the pertinent question this time is “Was that just the case in the origin issue?” The answer is no, but with what will certainly become a caveat; this second issue again shows off the possible strength of a single issue story but begins to lay some breadcrumbs for a bigger arc to come. Normally I would be worried by the hint of such a shift, but if anyone has the dexterity to best that difficult balancing act it is Fraction and Aja’s Hawkeye.

END_OF_DOCUMENT_TOKEN_TO_BE_REPLACED